Last Updated on February 2, 2020 by Slow The Cook Down

If you haven't heard of hassleback potatoes, where the hell have you been?!  Hassleback recipes turn the humble spud into an awesome, buttery, full of flavour yum time treat, so time to get on that bandwagon! Now everyone knows that food tastes better in miniature form, it's science, so this week I'm sharing my Mini Hassleback Potatoes with you....and....rather than give you one simple recipe, I thought I'd be generous and give you three!  You can thank me later! 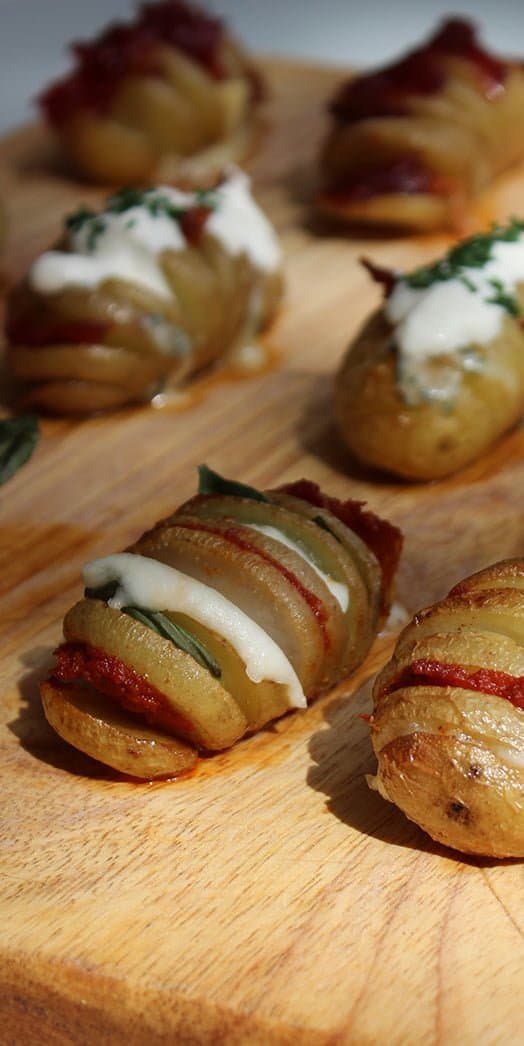 These mini hassleback potatoes are so easy to prepare that it's really not that much hassle to make three different flavour combos to give you guests a bit of variety. I decided to go for three classic flavour pairings, with a tonne of melty cheese;

Stilton and bacon with sour cream and chives

In fact, the garlic butter base that the potatoes are first cooked in is pretty dreamy by itself if you want to have a fourth option to serve up!

These mini hassleback potatoes are perfect for a side dish for a summer party or BBQ, serve alongside big bowls of salad and some choice cuts of meat.  You can do a lot of the prep ahead of time too, just let the naked potatoes cool and add the fillings before guests arrive, then just pop them in the oven for a couple of minutes when you are ready to serve.  I nibbled on a few of these when they were cold, and they were just as good! 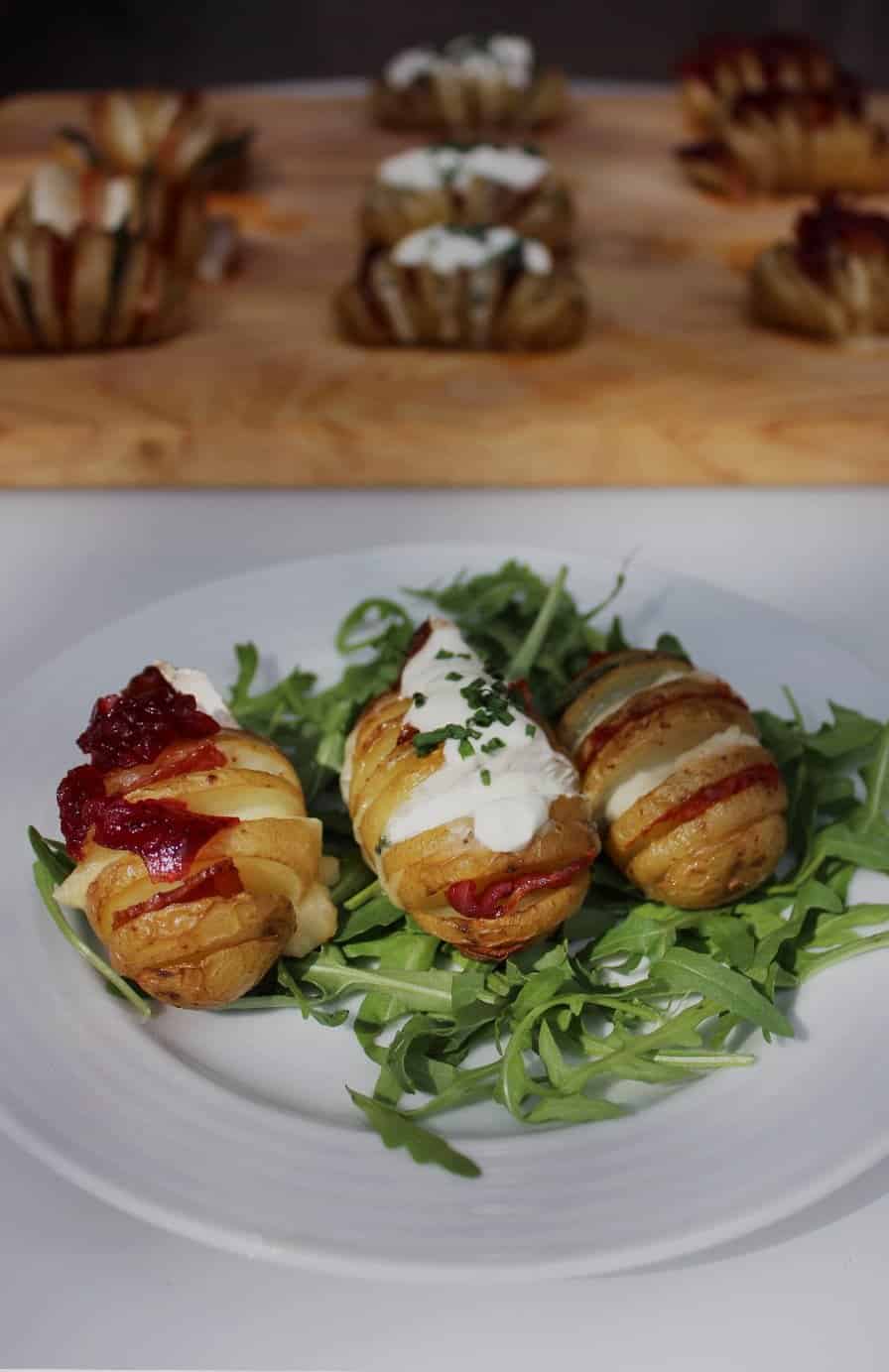 I haven't added measurements for the  fillings into the recipe, as you really do require small amounts - and it totally depends on how big your spuds are!  As a guide, I fried 5 rashers of bacon for 12 of the mini hasselback potatoes. 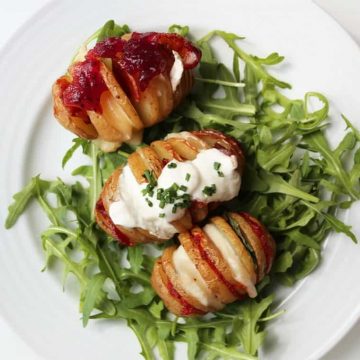 Nutritional values are based on 3 mini hasselback potatoes.