Nestled in the heart of London, in a small but perfectly formed Georgian building, is Michelin Starred restaurant, Texture. Icelandic Chef, Aggi Sverrisson plates up modern European cuisine with Scandinavian influences. It focuses on emphasizing different textures throughout the menu. Unlike a lot of my other dining experiences, the food is lighter with less butter and cream (gasp!).

I’ve had my eye on Texture for a little while after discovering them on Twitter. Scandinavian food is super popular right now, with the likes of Magnus Nilsson leading the way. His restaurant, Faviken, is on my bucket list. There’s something about the apparent simplicity and rawness of the cuisine that really enthralls me.

On stepping in to Texture, you immediately feel like you are going to be looked after and spoilt. The bar is small and intimate, but fresh and airy, decorated in muted shades, and the comfiest bar stools you will ever find. We were glad we arrived in good time before we were due to be seated so that we could take advantage of the relaxing surroundings with a cocktail (or two).

I chose a Nordic cocktail – I felt I was in the right place to give this one a try! A mix of pine gin, Aquavit, Kummel, St Germain, apple nectar and rosemary was an awakening to the senses! The Husband went for a Red Root, a tasty blend of vodka, Galliano, Cointreau, ginger, lemon, beetroot juice and egg white. An eclectic collection of cocktails are available, a good range that will cater to most tastes and some mixes that you won’t have had before.

As we were sipping away, taking tin the atmosphere, we were bought two bowls of bar snacks –our eyes lit up! A generous helping of bacon popcorn was placed on the bar in front of us. Honestly, we would have been happy with just this, but then another bowl was placed next to us containing a selection of crisps including parmesan and cod skin. These crisps filled us with anticipation for our meal.

The food menu had been presented to us at the bar, we already knew what we were going for – clearly the five course tasting menu! We had JUST enough time to squeeze in a couple of champagne cocktails and we were taken to our seats.

We were brought a small slate with some sliced bread, a jug of Spanish olive oil and some volcanic salt which we were really intrigued by! Now, if you have read any of my other reviews, you will know that I love nothing better bread and butter at posh restaurants. I know that texture is about lighter, healthier food but I did have a little pang of disappointment when there wasn’t a small dish of hand churned butter. However, this pang disappeared pretty quickly!

I can not stop gushing about how great the olive oil and salt were. The oil was clearly of outstanding quality. Sometimes you can be left with a hint of a film in your mouth, but this was fresh and full of flavour, and that salt was pure unadulterated pleasure. The bread had a really great crust to it, but, if I’m honest, it could have been bread made by the finest baker in the world and it wouldn’t have come close to that oil! One of our only complaints (and it isn’t really a complaint!) was that because the bread and oil was so delicious we wolfed it down, and then we were brought more, and more, and…you get the point! We had to force ourselves to stop eating it so that we had room for the tasting menu!

The sommelier came over, and we asked for a recommendation for an easy drinking red that would match up over the five courses. Now, I would usually add the caveat of “around £40 or £50”, however, those two cocktails may have slightly skewed my judgement and I found myself agreeing to buy a £90 bottle of wine. You know what though? No regrets! It was perfect. If only I could remember what it was…

And then it began!

First up was a pea appetizer, and if there ever was a dish to showcase the ethos of a restaurant, this was it. A light and airy soupy base underneath a cluster of fresh whole peas and cold frozen pea crumbs. The coldness was a delightful surprise, waking up the senses and preparing us for the dishes ahead. The portion was much more generous than you would usually expect for an appetiser.

Delivered to our table next, were New Season Lancaster Beetroots with gorgonzola, snow and walnuts. Three different coloured beets, a swirl of smooth gorgonzola, walnuts and some well placed herbs. Beautiful, fresh ingredients that complimented each other marvelously. In fact so marvelously it inspired me to come up with this recipe that weekend!).

A little niggle at this point, was that we felt like did have to wait slightly too long between this course and the next. Not ages, not worthy of a complaint, but just long enough for us to notice. The rest of the dishes were brought out within the perfect time and the slight wait is understandable as it was a fully booked Friday night. And anyway, our wine was topped up by the attentive sommelier, so all was forgiven!

Next up, was the dish I was looking forward to the most, just because I don’t think I’ve had it before, Anjou Quail Chargrilled with sweetcorn, shallot, bacon popcorn, red wine essence. Beautifully presented on the plate, clearly a well sourced product. The meat was perfectly cooked, tender, pink and juicy – I wasn’t even missing the fact that it wasn’t coated in butter. The puree the quail was presented on (I think it was sweetcorn) along side the richness of the red wine essence complimented the gamey flavor perfectly.

Now for the most surprising dish of the night, Warm Smoked Eel with  bonito broth, quinoa and turnips. I don’t know why, but I have always had a slight aversion to eel.  It’s not that I don’t like the taste but I would never choose it from a menu. I think the only time I have had it is when have ordered it as part of a sushi platter. Well this dish totally changed my mind – I’m always ordering eel from here on in! It had an amazing smokey barbecued flavour to it and the delicate broth freshened the dish. More please! A unanimous decision that this was the favourite dish of the night.

We are both big lovers of lamb, so were looking forward to the next dish, Elwy Valley Spring Lamb – best end, shoulder, calcot onions, new season baby carrots. The first bite of lamb took me back to my first visit to The Vineyard (you can read about my second visit here!), this wasn’t just any lamb, this was sous-vide lamb. Delish. Really tender and full of flavor – we both wolfed this one down!

Then, something bad happened, the palette cleanser arrived at the table. We didn’t quite catch what the waitress said when she left the small red bowls on the table so we went in blind. It was green, cold, salty, sweet and bitter all at the same time. We had no idea what it was, but neither of us liked it. To be fair, it did cleanse the palette. I did persevere with it but it was such a strange combination of flavor and sensation. When the waitress returned, she informed us that it was sorrel – a tangy acidic herb. That night I learnt that I don’t like sorrel.

Last up for the evening, Passion fruit soup with mango, sorbet, ginger. As expected, this was a light and refreshing dessert and a perfect way to round off the evening’s menu. This was followed by a selection of petit fours which included some delicious warm pistachio mandolins, chocolate truffles and some tasty macaroons.

Texture was a really different experience to other Michelin restaurants we have eaten at. Each dish was light and fresh with delicate flavours throughout and we both really enjoyed the atmosphere in the restaurant. I would definitely go back, and after the magnificent eel that was served up, I would love to go for the fish tasting menu.

The service is impeccable and relaxed, the sommelier is knowledgeable and the food (bar that sorrel!) was delicious. Definitely worth a visit for a real treat and a food experience that is slightly different form the norm, but still accessible. You won’t even miss the butter!

Our bill for the evening at Texture came to £342 which included two tasting menus at £85, a £90 bottle of wine, four cocktails and service.

Find out more about Texture here.

Christmas – The Most Wonderful Time of the Year! 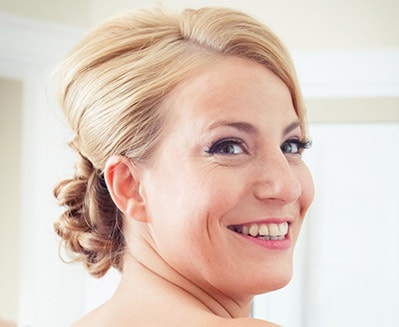 Slow the Cook Down is about taking life down a notch—stopping to enjoy the smell wafting from the roast chicken you just pulled from the oven. Here, there’s no reason to hurry or stress; dinner will get done and it will be delicious! Instead, pour a glass of wine and settle in to try something new.

Find What You Are Looking For!

Copyright 2019 Slow The Cook Down. All Rights Reserved

The Website uses Mediavine to manage all third-party advertising on the Website. Mediavine serves content and advertisements when you visit the Website, which may use cookies. Mediavine may collect IP addresses and location to serve personalized ads. If you would like more information about this practice and to know your choices to opt-in or opt-out of this data collection, please visit http://www.networkadvertising.org/managing/opt_out.asp. We are a participant in the Amazon Services LLC Associates Program, an affiliate advertising program designed to provide a means for us to earn fees by linking to Amazon.com and affiliated sites.