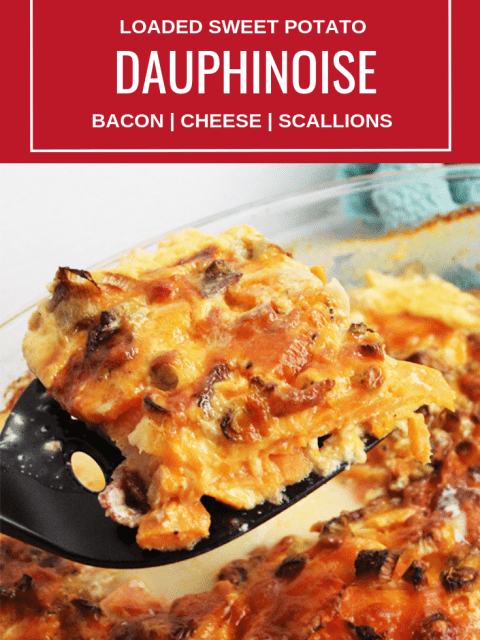 Loaded Sweet Potato Dauphinoise is the ultimate in comfort food. This foolproof recipe is a creamy sweet potato bake, loaded with your favourite things – namely cheese and bacon! This easy side dish recipe will leave you wanting for more. 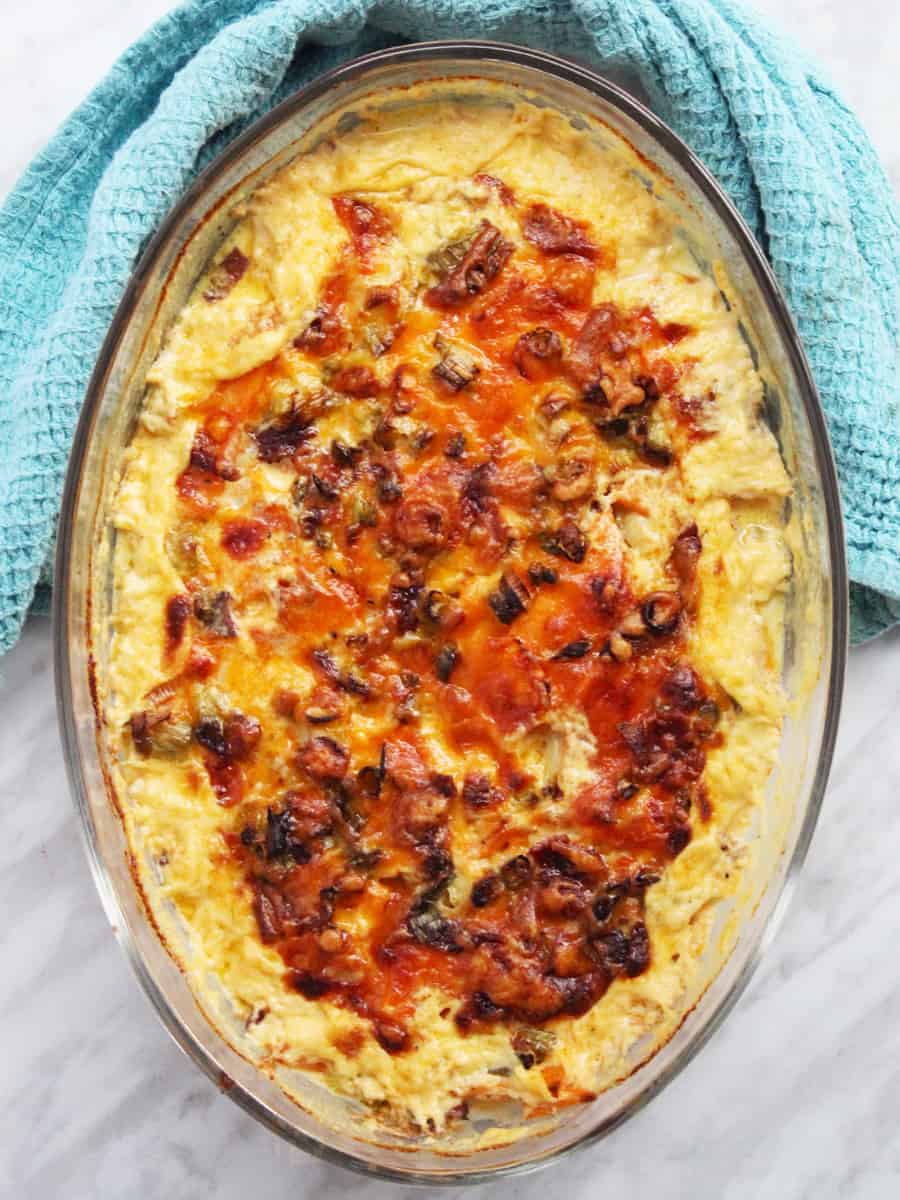 It is clearly comfort food season right now, and boy, I have got you covered with this dish! This recipe first appeared on the blog nearly 3 years ago!! It was a hit then, and my gosh am I glad I made it again this week – even Mr Slow The Cook Down, who isn’t a huge fan of sweet potatoes, can not stop munching at this! This is the kind of dish that warms your soul and makes you not miss the sunny weather.

What are Dauphinoise Potatoes?

If you haven’t had dauphinoise potatoes before, my gosh you are missing out! Potatoes are thinly sliced and then baked in a cream and milk mixture. Flavoured with garlic, dauphinoise is an indulgent potato side dish.

What’s the difference between dauphinoise and gratin?

Dauphinoise and gratin are both French in origin, but where a dauphinoise is potatoes baked in a cream mixture, a gratin is made with pre-cooked potatoes that are is then topped with cheese or breadcrumbs and browned in the oven or under the grill / broiler. Both are delicious, but if I had to choose, it’s team dauphinoise for me!

I am a huge lover of sweet potato, super versatile and they add a beautiful natural sweetness to dishes. They are also lower in carbs than regular potatoes, so win win! It felt like a natural addition to one of my favourite potato side dishes.

If creamy sweet potatoes aren’t enough of an indulgence, for you, then this recipe gets loaded! A layer of cheese sits in between the potatoes, then finished with another layer of cheese on top with chopped scallions and bacon. I mean, eating just doesn’t get much better than this! If you choose to add more bacon and cheese than the recipe calls for, well, I won’t judge you!

Despite it’s fancy French name, this is actually a pretty simple dish and this foolproof recipe guarantees perfectly cooked and creamy potatoes every single time. The only thing to be mindful of, is that you want to slice the potatoes as thinly as you can. You can use a mandolin or food processor for this if you have one. 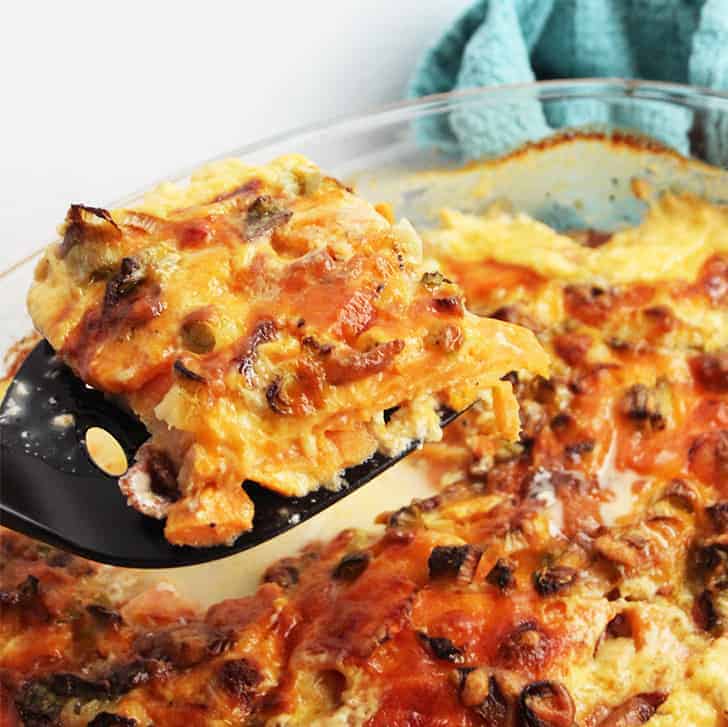 Loaded Sweet Potato Dauphinoise can be made in advance and reheated

The beauty about these creamy sweet potato dish, is that you can easily make it ahead of time and just reheat them before you are ready to serve. This means you can free up much needed oven space and not have to try and time everything to perfection.

Once you have cooked the potatoes, simply cover them with some foil and keep in the fridge. They will keep for a good 2 to 3 days, so are perfect for leftovers. Simply reheat at 160ºc / 320ºf for 15minutes until heated through. 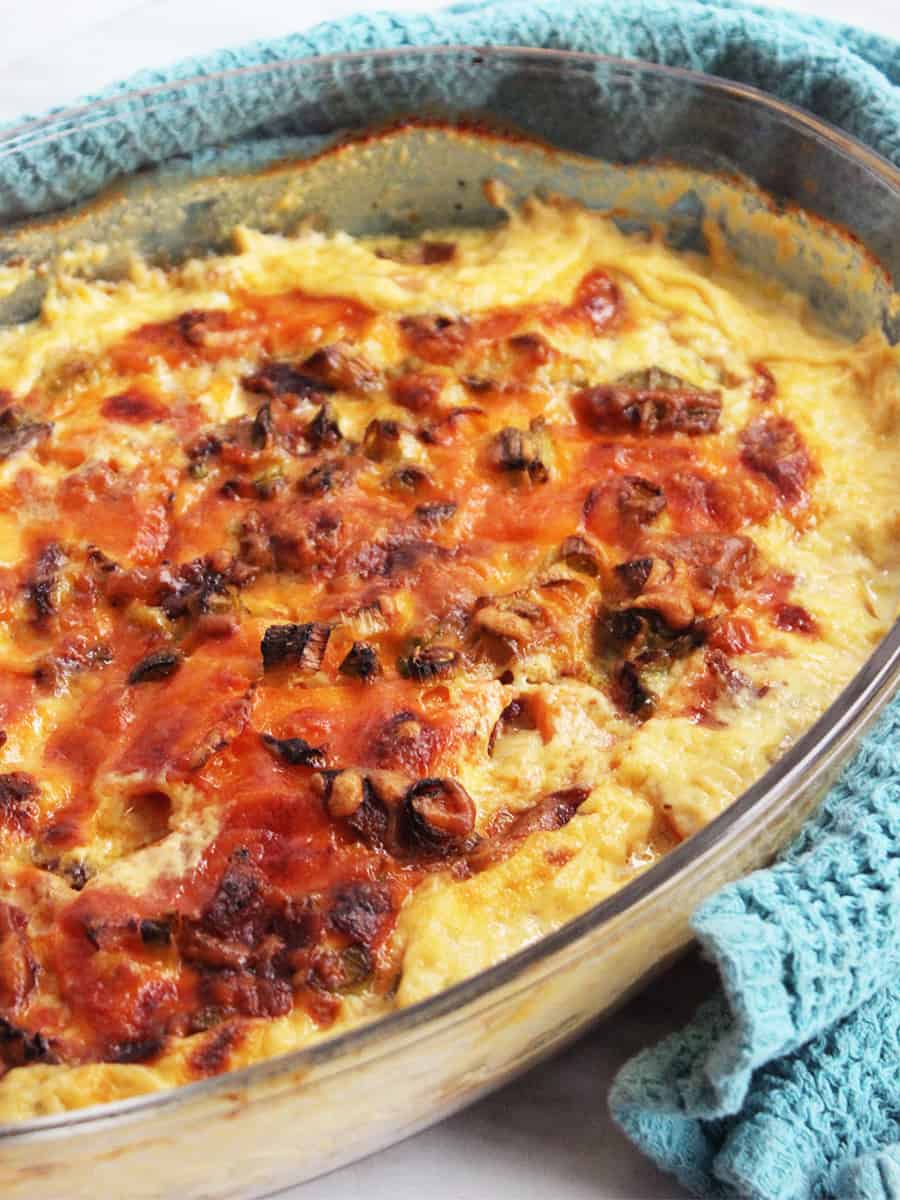 If you love sweet potatoes as much as me, here are some more sweet potato recipes for you to get your mouth around...all warming and comforting dishes to enjoy when it's freezing outside! 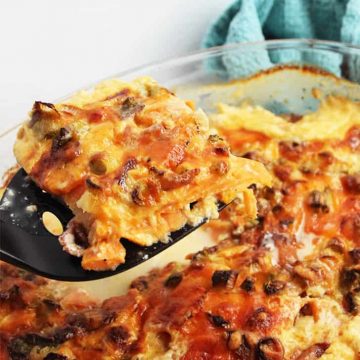 Nutritional values are based on one of four servings.